Each year for the past few years, I have attempted to watch as many of that year’s Oscar nominees as possible before the awards are presented. It’s just a little personal challenge for fun, and I’ve had varying degrees of success in both seeing the films, and making predictions (ok that’s stretching the truth- my predictions are always failures). This year the nomination announcements caught Me by surprise somehow. I’d managed to completely miss the Golden Globes (whose nominations I usually use to get a jump start), and for the first time ever, I have not seen a single one of the nominees already on my own. Doh! Lots of work to do! Last year I wrote up reviews of all the nominees I managed to see, and published both my predictions, and my reactions. I hope to do the same this year, but I’ll try to write up my reviews individually as I see the films, and then will do a big prediction post at the end. Today we focus on…

Unlike the filmmakers, I’ll keep this brief.

Not as brief as Anna Paquin’s screen time (that would virtually impossible!), but pretty dang close. 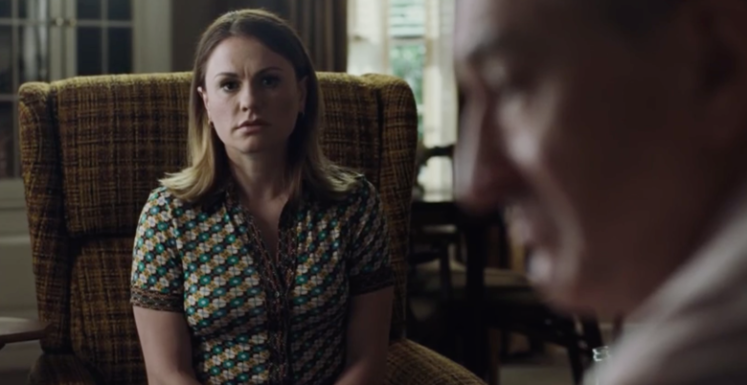 I for the life of me cannot understand why this film has so many nominations (which irks me because it’s taking up space that could go to more deserving contenders like the actors in The Lighthouse). I understand why everyone watched it; it was free on Netflix over the long Thanksgiving weekend, and it has a beloved cast of timeless superstars that virtually everyone loves. Its popularity skates by on the fact that everyone and their mother likes mobster movies, particularly those with any combination of DeNiro, Pacino, and Scorsese. But…

That’s it. Like, the movie is fine. I loved the crap out of Goodfellas. I like these actors (so many good actors!). It’s particularly nice to see Joe Pesci back in action after a bit of a hiatus. I mean, they were all just kinda playing the same characters we’ve seen them play a gajillion times, but whatevs, that’s what we love them for. But otherwise… meh.