failing at blog taglines since 2015

The world lost two famous rocket scientists this week. I am of course referring to Katherine Johnson and Michael Hughes.

Here are quick bios to remind you of these two noble explorers:

Katherine Johnson was a NASA mathematician who is known to most people thanks to the film Hidden Figures. She was a pioneer who earned the Presidential Medal of Freedom for her work as one of the first black female scientists at NASA. Johnson had an enormous natural talent for math, but she and her had to fight hard to receive the education she needed to develop this talent and to pursue the field professionally. She had to travel 120 miles from home to attend high school at age 10, and she was one of the first three students (and the only woman) to racially integrate West Virginia University’s graduate school. Her combination of aptitude, education, and perseverance allowed her to contribute to one of history’s greatest scientific achievements: space exploration. She passed away in a nursing home on February 24th at the age of 101. 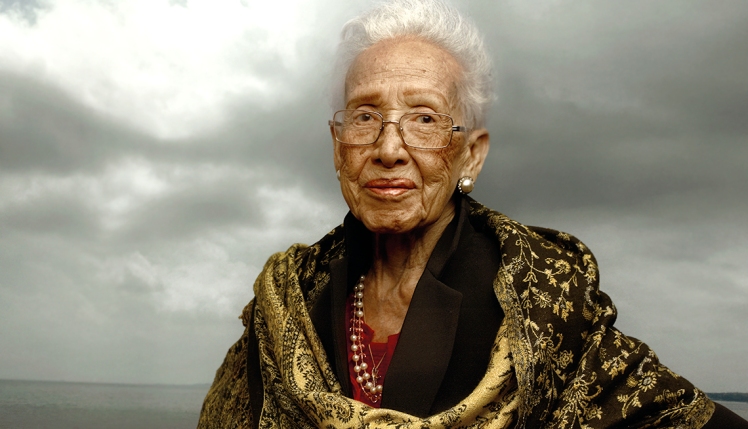 “Mad” Mike Hughes was a limousine driver and daredevil who built rockets in his garage and shot himself up into the atmosphere, supposedly in an attempt to prove that the earth is flat. He raced motorcycles and jumped limos. He gained fame when media outlets began reported on his rocket launch attempts. I haven’t seen any references to his educational background, but he is often described as “self-taught,” and he stated that he does not believe in science. He died on February 22nd, at the age of 64, in his final failed rocket launch. 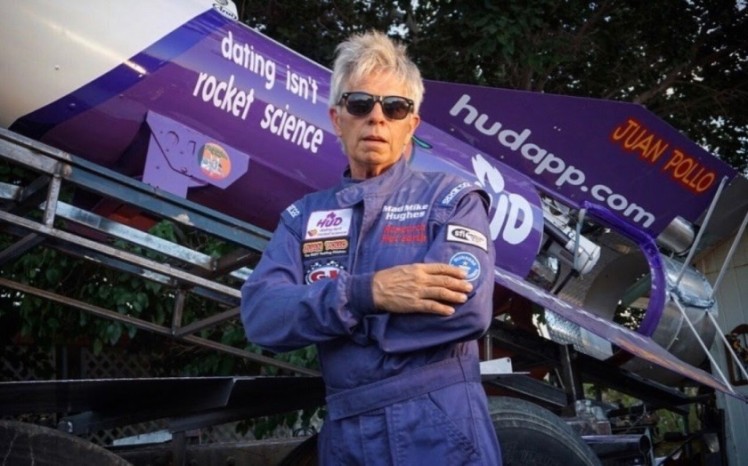 When I saw the headlines about these two deaths in the same morning, my instant gut reaction was that of many, many people in the comments section. I know it’s not right to celebrate or laugh at someone’s death, but… Darwin Award anyone? And when I was thinking about the two departed, my initial thoughts were about the contrasts between them. Johnson was a hero! She was a legend! She was a genius! She worked so hard! She deserved all the recognition in the world! And this Flat-earth looney, well… I mean come on, what an idiot. How do people like this exist? How are there people who go, “Hey, I know absolutely nothing about this topic, but I think everyone else who has studied it is wrong, and I’m gonna prove it by doing something absolutely idiotic and nonsensical.” Their mere existence is an insult to people like Johnson, who bothered to take the time to study and learn analytic geometry. I was tempted to make a quick post, probably on Facebook, but maybe here in this blog if I was feeling wordier, trying to highlight this distinction, elevate Johnson, and mock Hughes.

I was having trouble finding the right words to make this joke work, and I just couldn’t. Because there is nothing funny here. The more I thought about it, the more something was gnawing at me.

Read this lovely inspirational quote from one of our departed rocket scientists:

This is a wonderful sentiment, and, I think, an absolutely correct one. Don’t we want to encourage our children to develop their curiosity? To dream big and to explore? To try their hardest in everything? To be inspirations to one another? Of course we do. But these are the words of “Mad” Mike Hughes, the flat-earthing garage-tinkering kook. He was a man with extreme intellectual curiosity, who wasn’t afraid to try new things and try to understand the world around him for himself.

But… he was also, evidently, a total idiot.

In thinking more about Johnson and Hughes, I started to notice their similarities more than their differences. If they both had this desire for learning within them, if they were both unafraid to push boundaries and follow their hearts and explore, then how did they wind up so different? Is it really as simple as one of them being intellectually gifted, and the other not-so-much? Sure, maybe. Or is there more to it than that? I don’t know much about Hughes’ early life, his family, his education, etc, but I couldn’t help but wonder how differently he could have turned out if that curiosity about the world were better directed during his development. I think it’s safe to assume that if Johnson’s parents had not sent her to school across the state, or if she’d tried to enroll in grad school just a couple years earlier before court cases began forcing desegregation, that the world never would have gotten to see the extent of this amazingly gifted woman’s potential. And what a waste that would have been. But how differently might Hughes have turned out if the same amount of effort went into educating him and channeling his interests?

Look, I know there’s still a decent chance he’d end up being a wackadoo exhibitionist. And I am definitely not suggesting that he was Johnson’s intellectual equal. But clearly something, somewhere, went wrong with this guy. This morning I was watching the reality show Wife Swap (don’t judge me!!!!), and coincidentally, in this episode a black female public school teacher who prioritizes education came to live with a white male flat-earther who doesn’t believe in public education. His family home-schools, and the way they learn about “science” is by going on nature walks. He’d say something like “this is a leaf”, and she’d ask a question about leaves, and he didn’t know any answers. He’d say “that tree is probably about 70 years old” and she’d ask “what makes you think that?” and he’d say “I don’t know, I’m guessing.” And suddenly it clicked, and I thought, “These are Johnson and Hughes!” The flat-earthers were clearly very loving parents, but they were limiting their kids’ potential by locking them into their own stunted worldview and not letting in the rest of the world’s vast knowledge.

The flat-earther dad was clearly dumb as rocks, and so if the apple doesn’t fall too far from the tree, then the chances of his kids becoming ACTUAL rocket-scientists like Johnson are slim, even with some top-notch education and hard work. I, myself, am sad to admit that I SUCKED at science class in school. I tried so hard to understand all the concepts, but for whatever reason things just weren’t sticking. It was very frustrating to sit in those classes and feel so lost while my classmates didn’t seem to be having any problems. But what I DID learn was to have an extreme appreciation and respect for science and for scientists. I don’t have a hatred for educated elites, I don’t fill in the gaps in my own understanding with shit that I made up, and, perhaps most important for today’s world full of internet-fueled misinformation and conspiracy nuts, I don’t ignore real scientists while believing the crap that other non-scientists have made up (especially if their made-up non-science is based on religion, finances, or politics).

If Hughes had engaged his intellectual curiosity in school like Johnson and I did, then maybe he would have wound up at NASA, like Johnson did. (Probably not, but maybe!) But he probably would have known to check credible sources when trying to understand something (like I do!). And he definitely would not have killed himself in a quest for proving a sphere is a disk (like he did).