Each year for the past few years, I have attempted to watch as many of that year’s Oscar nominees as possible before the awards are presented. It’s just a little personal challenge for fun, and I’ve had varying degrees of success in both seeing the films, and making predictions (ok that’s stretching the truth- my predictions are always failures). This year the nomination announcements caught me by surprise somehow. I’d managed to completely miss the Golden Globes (whose nominations I usually use to get a jump start), and for the first time ever, I have not seen a single one of the nominees already on my own. Doh! Lots of work to do! Last year I wrote up reviews of all the nominees I managed to see, and published both my predictions, and my reactions. I hope to do the same this year, but I’ll try to write up my reviews individually as I see the films, and then will do a big prediction post at the end. Today we focus on… 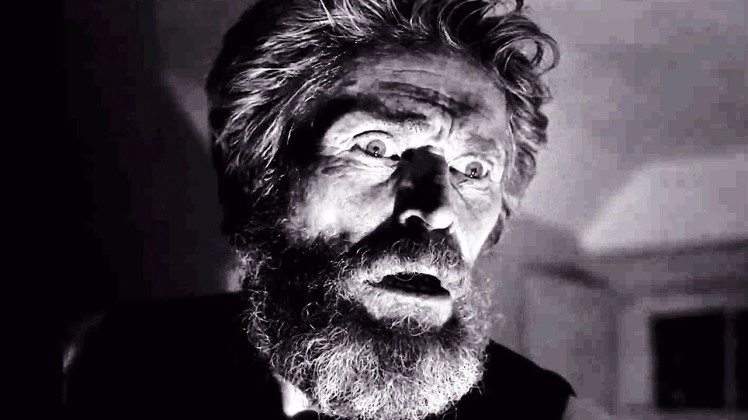 Nominated in the sole category of Best Cinematography, this film is a dream come true for anyone who’s really into creepy weird shots of old-timey lighthouses. Much like last year’s The Favourite, this movie is weird as hell. Two lighthouse keepers, one rookie and one veteran, embark upon a 4 week assignment on a seriously isolated tiny island, referred to throughout the film as “This Rock.” It’s a lonely, weird existence, and as time passes our characters descend into madness. Or maybe we’re the mad ones, and they are sane? Who knows! And therein lies our adventure.

The most important thing to remember is, again, that this film is weird. Maybe too weird for a Best Picture nod? Apparently so, because despite the weirdness, this film does a lot of things crazy well. First of all, it’s extremely effective at creative an eerie, creepy setting comprised of shadows and nightmares. The best cinematography nomination is well-deserved, as each shot is genuinely creepy. It has an old-timey horror feel, much like The Cabinet of Dr. Caligari or Nosferatu.

Perhaps it’s no coincidence that Willem Dafoe was cast given his convincing turn as the Nosferatu vampire in Shadow of the Vampire. Dafoe is absolutely perfect as the gritty old sea captain, and I am frankly shocked that he didn’t manage a Best Actor nomination for this role. He’s on par with Joaquin Phoenix for The Joker, and the fact that both he and Robert Pattinson (as the rookie lighthouse keeper) are omitted in the same year that The Irishman and Once Upon a Time in Hollywood are racking up acting nominations is a gosh darn travesty. (more on these other films in other reviews)

In addition to the stellar visuals and the top notch performances, the script is pretty amazing. You get sucked into the old-timey vernacular, with lines like “Are ‘ye a dullard boy?” Particularly mesmerizing is a monologue by Dafoe, who, when Pattinson insults his cooking, retorts with a violent, eloquent, impassioned curse that will have you quivering in ‘yer boots.

The film is definitely not for anyone. I was excited for it, but a little nervous because I, to my surprise and disappointment, kinda hated Robert Eggers’ previous highly-acclaimed film The Witch. There are several similarities here, including slow quiet tension building, creepy isolated historic settings, and sudden cuts to super terrifying scenes. And, again, in case you missed it, it’s hella weird! So definitely not everyone’s cup of tea. But though I never wish to watch it again, I thought it was a super solid film.

One thought on “2020 Oscar Reviews: The Lighthouse”